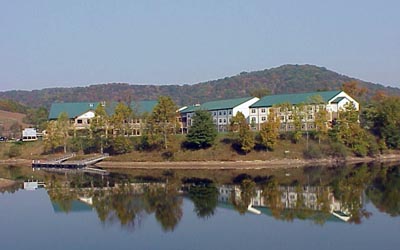 The first native settlers in the region were the Mound Builders or Adena people. The Grave Creek Indian Mound, one of the state's most famous historic landmarks, is over 2,000 years old and stands 69 feet high and 295 feet in diameter.

The Hurons occupied present-day West Virginia during the late 1500s and early 1600s. During the 1600s, the Iroquois Confederacy (made up of Mohawk, Onondaga, Cayuga, Oneida and Seneca tribes) drove the Hurons from the state and used it primarily as a hunting ground. By the early 1700s, Shawnee, Mingo, Delaware and other Indian tribes were hunting in the area. In 1744, Virginia purchased the Iroquois title of ownership to West Virginia in the Treaty of Lancaster. The Delaware, Mingo and Shawnee sided with the French during the French and Indian War (1755-1763), while the Iroquois Confederacy officially remained neutral, although many also allied with the French. When the French and Indian War was over, England's King George III feared more tension and issued the Proclamation of 1763, prohibiting settlement west of the Allegheny Mountains.

John Simpson, a trapper and fur trader, is believed to be the first European settler in present-day Harrison County. Harrison County was created in 1784 from Monongalia County, and named for Benjamin Harrison, a distinguished Virginian, who was the father of William Henry Harrison, the 9th president and great-grandfather of Benjamin Harrison, the 23rd president. The town of Lost Creek was incorporated in 1946. According to local tradition, it received its name from a message carved on trees along the creek before that part of the state was settled.

On average, there are 151 sunny days per year in Lost Creek. The July high temperature is around 85 degrees, while the January low is 21 degrees. The comfort index is 44 out of 100, which is the US average. The area also gets 46 inches of rain per year, and around 15 inches of snow. The number of days with any measurable precipitation is 134. 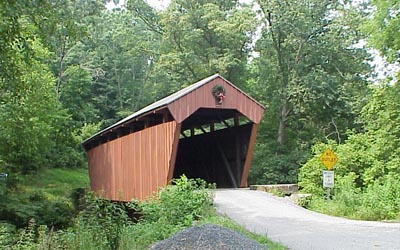 Located entirely within the Appalachian Mountain Range, West Virginia is ruggedly beautiful and perfect for outdoor enthusiasts who love skiing, whitewater rafting, rock climbing, fishing and hunting. With nearly 2,000 mountain streams and rivers, paddlers can find whitewater rapids from Class I to VI. Its numerous streams are stocked with trout and provide many areas of excellent fly-fishing. There are nearly 1.5 million acres of public land open for hunting with deer, waterfowl and small game. There are also 7 national parks and more than 200,000 acres of state parks, forests and wildlife management areas throughout the state with hardwood forests, ancient hemlocks and wind-swept rock formations. Parks in the Lost Creek area include Watters Smith Memorial State Park, which features a 19th-century farm museum with blacksmith's shop, barn and smokehouse, as well as hiking, swimming and picnicking.

We can't begin to tell you about all the amenities and opportunities our area offers. Why not drop by our United Country office the first chance you get and let us show and tell you more.